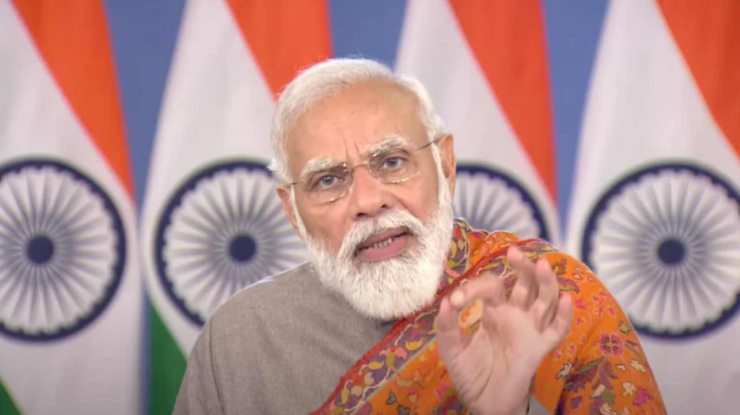 If you are a supporter of the farmers’ strike in India then here is good news for you. Recently Farm Bill (Farm laws ) India 2020 has been canceled by the honorable prime minister of India. 60 percent of Indians are farmers, and agriculture accounts for 18 percent of the country’s GDP. More than eighty-five percent of all farmers are considered marginal.

Agricultural households owe an average of Rs 104,602 in yearly debt. In rural India, particularly among farmers, there has been a rise in farmer distress, urban migration, and suicide rates. We will try to tell you everything about Farm Bill India 2020 and its loopholes. What is wrong with Farmer laws India? What is happening on roads of Delhi Singhu Border in September 2020? What makes the prime minister think to cancel Farm Bill India 2020.

The Supreme Court halted the execution of the Farmer laws on January 12th, 2021, and established a committee to investigate farmer complaints over the agricultural legislation.

The farm acts which have been canceled on November 19, 2021

What was wrong with farm bill India 2020?

Fears of losing their land and becoming “slaves” to corporations are also expressed by farmers about the Farmers (Empowerment and Protection) Agreement of Price Assurance and Farm Services Act, 2020 as a whole.

June 5, 2020: Farmers’ (Empowerment and Protection) Price Assurance and Farm Services Act, 2020; the Farmers’ Produce Trade and Commerce (Promotion) Bill, 2020; the Essential Commodities (Amendment) Bill, 2020 are the three Farm laws that the Indian government introduces each year. In India, the agriculture industry is being transformed from a government-run to a private-run sector through these three Bills.

September 14, 2020: Parliament is notified that a new law has been introduced.

September 20, 2020: The Rajya Sabha votes by voice to approve the ordinance.

September 24, 2020: Punjabi farmers have called for a three-day rail strike.

September 25, 2020: In response to a summons by the All India Kisan Sangharsh Coordination Committee, farmers throughout India took to the streets (AIKSCC).

November 25, 2020: A “Delhi Chalo” action was declared by Punjab and Haryana farmers’ unions on November 3 after scattered demonstrations against the new agricultural rules, including a statewide road blockage. Their desire to march to Delhi was refused by the Delhi Police because of Covid-19 procedures.

November 26, 2020: Haryana police used water cannons and tear gas to disperse farmers marching towards Delhi in Ambala district. For their peaceful demonstration at the Nirankari field in North-West Delhi, authorities permitted them to enter Delhi.

November 28, 2020: After the protesters leave Delhi’s borders and arrive at the chosen demonstration spot in Burari, Home Minister Amit Shah offered to meet with them. After rejecting his proposal, farmers demanded that the demonstration be held in Jantar Mantar.

November 29, 2020: It was Prime Minister Narendra Modi’s administration that fulfilled the promises made to farmers by all political parties, he stated in his Mann Ki Baat show.

December 3, 2020: The first round of negotiations between the administration and farmers’ representatives ended in a stalemate.

December 5, 2020: The second round of talks between farmers and the government was likewise unsuccessful.

December 9, 2020: Union government proposals to alter the three problematic laws were rejected by Farm laws leaders, who said they would continue their protest until the laws were removed.

December 13, 2020: Minister Ravi Shankar Prasad said the administration was willing to meet with farmers to discuss their concerns.

December 16, 2020: It has been suggested by the Supreme Court that it may form a panel of government and farmer representatives to resolve the impasse over the contentious agricultural regulations.

December 30, 2020: The sixth session of discussions between the government and the leaders of the country’s farmers saw some progress, with the government agreeing to exempt farmers from the penalty for burning stubble and to remove proposals in the Electricity Amendment Bill, 2020.

January 4, 2021: The government’s refusal to agree to remove agricultural rules in the seventh round of discussions with farmer representatives remained another dead end.

January 7, 2021: New legislation and demonstrations have been challenged by the Supreme Court, which consented to hear petitions on January 11. Attorney General K K Venugopal had informed the court that discussions between farmers and the government “may just succeed.”

After the 2021 start Farmer protest was on international news. And what happened next is known to everyone.

What happened on November 19 regarding Farmer Bill Cancellation?

PM Modi made a huge statement in his speech to the countrymen only a few weeks before 26 November, when farmers were prepared to encircle the government to mark the one-year anniversary of the agitation. At some point, the central administration had no choice but to submit to the uprising. It was decided today that all three statutes will be rescinded.

On the occasion of Guru Nanak Dev’s birthday, the Prime Minister sent his warmest wishes. As a result of this, Prime Minister Modi has said that these three laws would be rescinded by the government. PM Modi added that since we couldn’t explain these rules to the farmers, we’re scrapping them. Farm leaders, as well as political parties, are responding to this decision in a variety of ways.

Captain Amarinder Singh, the farmer Chief Minister of Punjab, stated that “It’s all OK! Thank you, Prime Minister, for recognising the requests of every Punjabi and abolishing three laws on the sacred anniversary of Guru Nanak Jayanti. I’m certain that the government at the federal level will help farmers. We’ll keep working together to make this project a success.”

“Repealing black laws is a step in the right path,” Navjot Singh Sidhu tweeted. The Satyagraha of the Kisan Morcha was a historic triumph. The Punjab Government’s first objective is reviving farming in Punjab via a road plan. should take precedence

There is also a lot of talk about Punjabi Education Minister Pargat Singh’s response to the controversy. “He remarked,” I replied “I’d want to congratulate all of the country’s farmers on the repeal of agricultural regulations. The hard work they put in has paid off in a big way. UP’s farmers, farmers in Punjab’s Haryana, and farmers in UP’s Uttar Pradesh led the battle, and their names will live on forever. I’m going to get a sticker on my forehead.”

“The triumph of the battle.. ego dies.. Farmer-laborer Ekta Zindabad,” said Manish Tewari in a tweet.

On the day of Prakash Diwas, Delhi CM Arvind Kejriwal tweeted, “What amazing news was received today. Revocation of all three laws. A total of around 700 farmers were killed in the process. The memory of their sacrifice will live on forever. The next generation will recall how this nation was when it was young. My country’s farmers had risked their lives to save the lives of farmers and farmers. My heartfelt thanks go out to my country’s farmers.

“The movement will not return quickly, we would wait till agricultural rules are overturned in Parliament,” farmer leader Rakesh Tikait is quoted as saying.

When asked about it, Rahul Gandhi said that “Satyagraha had the Annadata of the nation bowing his head with arrogance. Thank you for your efforts in the fight against injustice!”

The BJP is saying that this is a major decision. The opposition parties, on the other hand, said that the arrogant head had finally been lowered. According to the farmers, we shall return home on the day when agricultural rules are overturned in Parliament. if this is true.

How to Watch TV Series in HD